This is not the first time it happens. The well known website The Firearm Blog has just released news about a quite astonishing event - yet not impossible: a man has been shot in the head by criminals, but has survived! 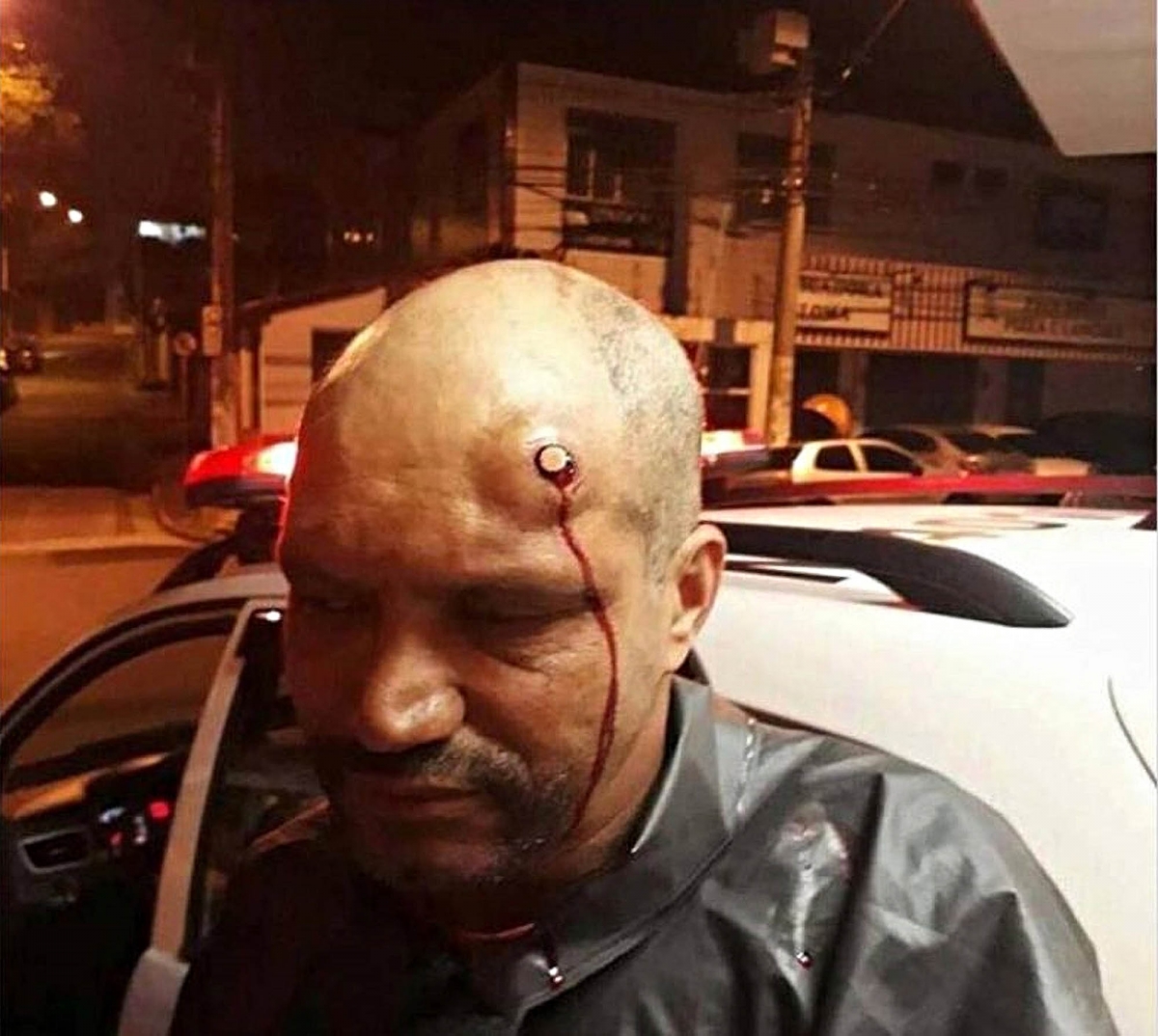 The Firearm Blog reports the fact in such terms:

"That looks like a serious headache. I found this photo on Facebook it was reported that Rodrigo Moreira was a victim of a motorcycle robbery and the robbers shot the him in the head after taking his motorcyle at gun point.

There is little information as to the circumstances of the robbery. Was the Rodrigo wearing a helmet? How far away were the shooters? When did they shoot him? Was it point blank or did they shoot him as they fled?

From the photo it appears to be a .45acp bullet lodged into the Rodrigo Moreira’s skull. If he was not wearing a helmet then the only explanation as to his survival would be the cartridge was severely under powered.

I vaguely recall a story about criminals policing up brass after a shooting, whether it was by the police or criminals, and they use the brass to reload ammo.

If this were true then it is conceivable that Rodrigo may have been one lucky guy to have been shot by a shoddy reload."

Once the headache will be over, the guy will remember the event for the rest of his life. But we also have a lesson to learn from such an event.

We are inclined to agree on the fact that this has been possible because of a bad ammunition reload. It makes sense also in consideration of the fact that real criminals - at least normally - cannot go in a gun shop and buy ammunition.

Again and once more, the "technical" conclusion is: NEVER use reloaded ammunition for your personal defense purposes! NEVER!

(Yes, Okay, we also know about factory ammunition that have failed because of problems in the manufacturing/loading production chain, but they are "the exceptions that confirm the rule")

LEAD AMMUNITION BAN: the costs are a disaster in the making, ESSF and FACE warn
Gun Laws