The 4 rules of gun safety

Even with magazine out and no round in chamber, a firearm must always be considered as "loaded" and handled consequently. Let's brush up on the safety rules 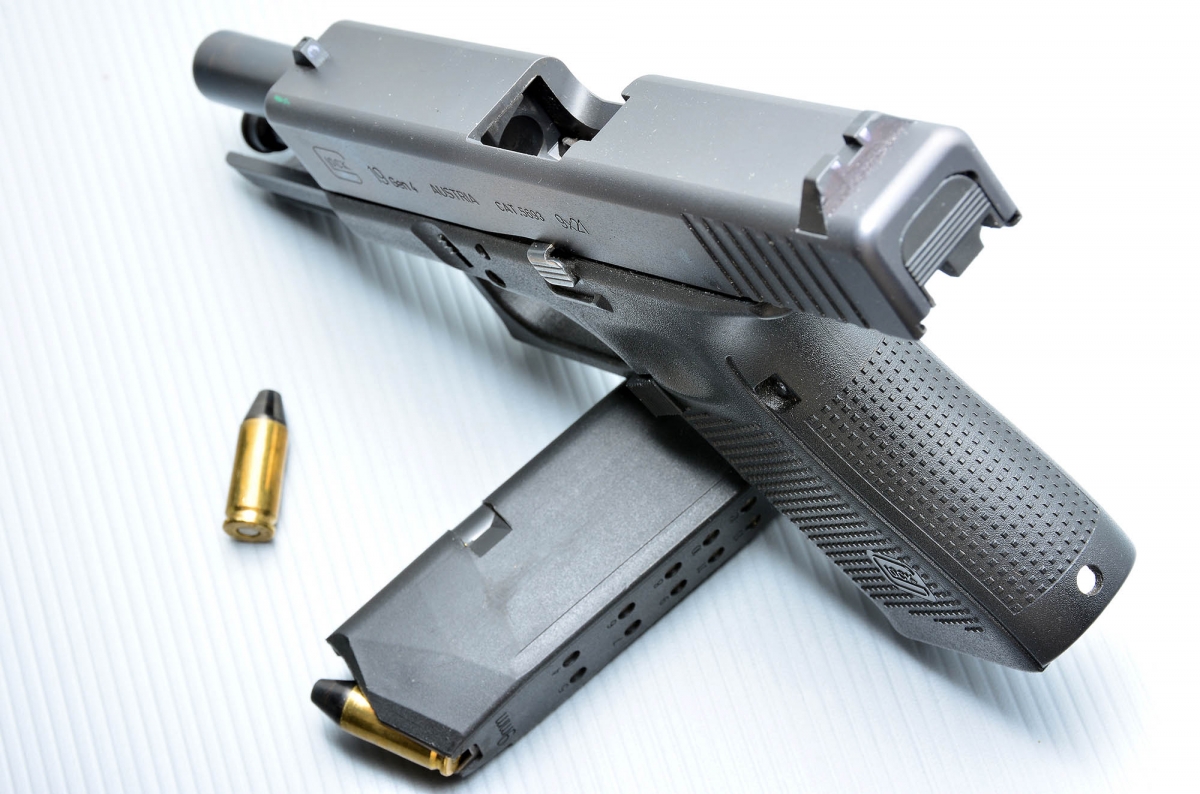 Even with a visibly clear chamber and the magazine off, a gun shall be treated as "always loaded"

Years of range activity as a shooting instructor allowed me to witness all of the most frequent errors made by shooters – newbies and experts alike – and to come to a better understanding of why it has been necessary to write down the well-established four rules of gun safety that are instrumental in preventing potentially catastrophic accidents when handling firearms.

It has to be made clear, however, once and for all, that firearms are inanimate objects, and thus not dangerous per se. The danger is always all in he or she who's handling them.

All manual or automatic safeties of a firearm are useless if the shooter is yet to master correct handling of the gun.

The lack of knowledge of firearms mechanics and operation increases the risk of making mistakes and causing accidents.

Reading the manual is important to master the correct operation of a firearm, limiting the possibilities of making a fatal mistake.

Reading the user manual should be the first thing to do before handling any firearm.

I've personally met shooters who would refuse to use a decocking lever, as they thought that it would cause the gun to fire.

Others would not know what a slide stop lever is for; others again didn't know that their revolver or semi-automatic pistol had an automatic firing pin safety system.

Many fatal mistakes, particularly when checking the state of a firearm, can be avoided with a better understanding of how the firing cycle works and of the role of components such as the magazine.

These four rules – to be observed like commandments by all shooters – were laid down by Jeff Cooper over fifty years ago. All have the same importance and are all intertwined, but they're best remembered in this order:

Who was Jeff Cooper

Jeff Cooper was a U.S. Marine, deployed in the Pacific theatre of operations during World War II, then subsequently promoted to the rank of Lieutenant Colonel during the Korean War. A University of California, Riverside laureate in history, Cooper was a part-time high school and community college history teacher from the late 1950s through the early 1970s.

Based on what he lived in person on the battlefield, starting in the 1950s Jeff Cooper started to develop modern techniques of combat handgun shooting; in 1976 he founded the American Pistol Institute (API) – which became the Gunsite Training Center in 1992 and the Gunsite Academy in 1999.

An enthusiast of the .45 ACP caliber – which he deemed the only one capable to develop an effective stopping power – Jeff Cooper is also known for inventing or developing shooting techniques such as the Weaver stance.

Jeff Cooper also conceived and developed the 10mm Auto caliber Bren Ten pistol, and wrote many treatises and essays on gunfighting in which he listed the various mental states that a person will find himself/herself during a gunfight; he also codified most of the modern pistol carry conditions and options, from Condition 4 down to Condition 0.

But to most shooters, Jeff Cooper is best known for sanctioning the four golden rules of gun safety we're talking about here.

All through his career, Jeff Cooper has been credited for many gun-related aphorisms – Among others: “Owning a handgun doesn't make you armed any more than owning a guitar makes you a musician”.

Many of his concepts were later revised and modernized, others were discredited and abandoned, but Colonel Jeff Cooper must undoubtedly take credit for modernizing pistol shooting in a world that tends to be conceptually static in most cases.

A... double mistake often seen with newbies: gun pointed at the shooter's own forearm and finger on the trigger during extraction or holstering

The first rule of gun safety must be taken literally even if you risk to look stupid. Of course, if the slide is held open, the chamber is visibly empty and the magazine is out, a firearm can not fire – but the rule is more about bad habits to get rid of than you may think. Repeated movements are unconsciously assimilated and then executed even when tired, unfocused, or under stress.

No distinction should be made between a loaded and "unloaded". If a shooter tends to put his or her finger on the trigger of a firearm and "muzzle" accidentally people or objects when a gun is visibly unloaded and clear, those inappropriate movements can be repeated unwittingly – and dangerously so – when the gun is loaded.

The second rule is easy to follow at the range, where a gun can be logically pointed only at one direction – the target on the firing line. Once at home or in other situations when handling a gun can become necessary is where things get complicated.

Theoretically speaking, there's no "safe direction" to point a gun at: in the event of an accidental discharge, there will be some degree of damage involved. The least that can happen is that we'll get a hole in the wall – or right through it.

But this rule is strongly intertwined with the others. If a gun is considered as "always loaded" and the finger doesn't reach the trigger, there will be no accidental discharges. Guns don't fire all by themselves. Even when an accidental discharge is caused by a mechanical failure or defect, it still requires some level of handling.

A firearm should never be unloaded with the muzzle pointed at surfaces that could favour a ricochet – such as marble, Majolica, or porcelain fixtures.

No gun shall ever be aimed at a window. Extra caution should be paid in order NOT to point a gun at ourselves or other persons in the surroundings – EVER.

Three or more phone directory books, as thick as possible, piled up on one another, can double as an effective "DIY bullet trap" to prevent dangerous ricochets in case of an accidental discharge during loading or unloading. It will work on most pistol calibers – but not on much else.

Cross-draw carry slows down extraction and prompts safety errors such as pointing the gun against bystanders or the shooter's body before aligning the sights on the target – or, like in this case, putting the finger on the trigger too soon

The weight of a trigger – either short or long in travel, either in single or double action – is always lower than the level of force that a human finger can exert even unconsciously. Most accidental discharges are caused by the joint effect of stress and lack of proper training.

The trigger of a gun is always ergonomically positioned to be easily reached by the index finger. Thus, without proper training, the bad habit of reaching the trigger right away is difficult to get rid of. A sudden moment of tension – e.g. risking to fall down after stumbling on something – will cause an uncontrollable contraction of the hand's muscles; the hand will close, and an accidental discharge will almost certainly follow.

Among the effects of stress hormons is the reduction of sensitivity on the distal parts of the body (extremities such as, precisely, fingers). As a result, the shooter can loose the feeling of the finger on the trigger and become unable to control the level of pressure exerted on the trigger itself.

A quick search on-line will return several videos showing how such accidents are quite recurring even among trained law enforcement professionals, particularly in tense situations when a dangerous individual has to be kept at gunpoint.

This essential safety rule must be assimilated by shooters as quickly as possible and implemented with the utmost care.

Nobody would ever wants to fire a round and hit an innocent. This rule applies always, whenever we are handling a firearm – be it for hunting, sport or leisure shooting, service or defensive purposes. Home invasions take place mostly in the darkest hours of night, so keep a flashlight handy. You don't want to shoot blindly at moving shadows that could be our family members.

When out hunting, refrain from shooting at anything that moves. Always ascertain yourselves that the movement or the noise was caused by your prey before even putting your finger on the trigger.

Purchasing a firearm just because how powerful it is is a common mistake, and one to be avoided. A few readings on terminal ballistics are enough to learn that a 9mm bullet with a kinetic energy level of about 50 kilograms/meter ( ~ 490J) can bust through a modern partition wall just as easily as it can overpenetrate a human body, and still retain enough kinetic energy to injure anybody on its path.

A tactical flashlight should be part of the everyday duty kit of all law enforcement officers, but also be kept handy by gun owners in the event of a home defense situation at night, to allow positive target identification