The Court of Justice of the European Union rejected the lawsuit of the Czech Republic against the 2017 European firearms directive in a ruling that sounds more political than juristic in nature. What now?

While juridically sound, the action for annulment proposed by the Czech Republic against the Directive (EU) 2017/853 – later supported by Poland and Hungary – was definitely born under a bad star: the Court of Justice of the European Union did anything in its power to stall a ruling until all Member States implemented the new directive, and back in April, Attorney General Eleanor Sharpston issued an opinion which supported the European Commission's positions in full, demanding the case to be dismissed.

And that, ultimately, happened on December 3rd: The European Court of Justice upheld the EU Gun Ban, dismissing the case brought forward by the Czech Republic.

The text of the judgement is available on the official website of the Court of Justice of the European Union, and an official communication has been released as well.

The Countries that stalled the implementation of the directive while waiting for the ruling will now have to implement the EU Gun Ban in their national laws or face an infringement proceeding from the European Commission, while nothing changes for those Countries that already implemented the directive.

Because the judgement of the European Court of Justice is, indeed, cause for goosebumps at the very least. As a matter of fact, the European Court of Justice took the studies brought forward by the European Commission as an excuse for the EU Gun Ban for just as good as a bona fide impact assessment – despite the fact that the Firearms United Network, and many others, pointed out the faults and the outright lies in those studies almost immediately, going as far as proposing an impact assessment on its own. 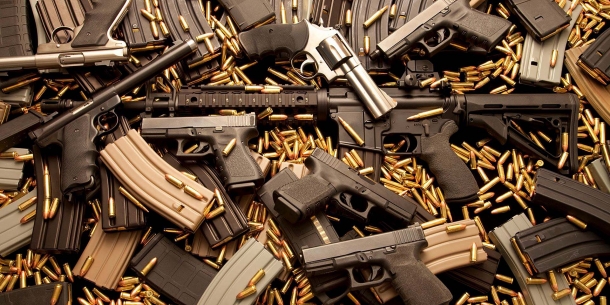 A true "impact assessment" commissioned by the EC was indeed published, but only after the EU Gun Ban was passed by the European Parliament, as it went to totally different directions from the Commission's positions, stressing how the proposed restrictions would have no positive effect against crime and terrorism and, if anything, would instead cause a surge in crime.

Furthermore, and this is what should bring chills down any justice-loving European citizen, the European Court of Justice basically supports the idea that the European Union has the power and the right to ban any firearm, of any kind, EU-wide particularly if used in crime, terror attacks, or mass shootings.

This essentially means that, from now on, no gun is safe from the anti-gunners in Bruxelles, Strasbourg, and in all European capital cities, who will be emboldened by the ECJ ruling. And indeed, back in October, during an UNODC "experts meeting" on firearms trafficking through and from the European Union, Mr. Fabio Marini – "Senior Expert in Firearms from the Directorate General for Migration and Home Affairs of the European Commission" – anticipated an upcoming "new Action Plan on Small Arms and Light Weapons" of the EU Commission covering the period 2020-2024.

A plan that should focus on the illicit traffic of military firearms towards war zones, criminal syndicates and terrorist groups... but so should have the European firearms directive as well, and we all know how it did end up.

With the European Commission now acting through ECHA to ban lead-based ammunition from all civilian uses and the very scarce inclination of the EU authorities to listen to any position that differs from their own, as recalled by the Firearms United Network once again, we may very well be at the gates of a new perfect storm.

And while the danger for the law-abiding gun owners all through Europe may not be exactly clear and present, with several more months (at the very least) before anything new can be put in motion, the ECJ ruling should dub as a very loud wake-up call for all sport shooting federations, gun owners' associations, and gun industries across Europe: they must act together and more incisively, putting more money and effort towards political lobbying and public and social communication, unless we are willing to give up our rights altogether.

As far as the ECJ judgement proper goes, it will definitely not stand out in the annals as an example of a fair and objective ruling. Sounding more like it has been written as a statement of the fact that the European Commission can NEVER be wrong, the ruling does nothing but confirm the aura of self-referentiality of the EU institutions and their distance from the People they should represent.

If this is the way the EU intends to go to defeat the "populist wave" that is sweeping through Europe... they're definitely going the wrong way.