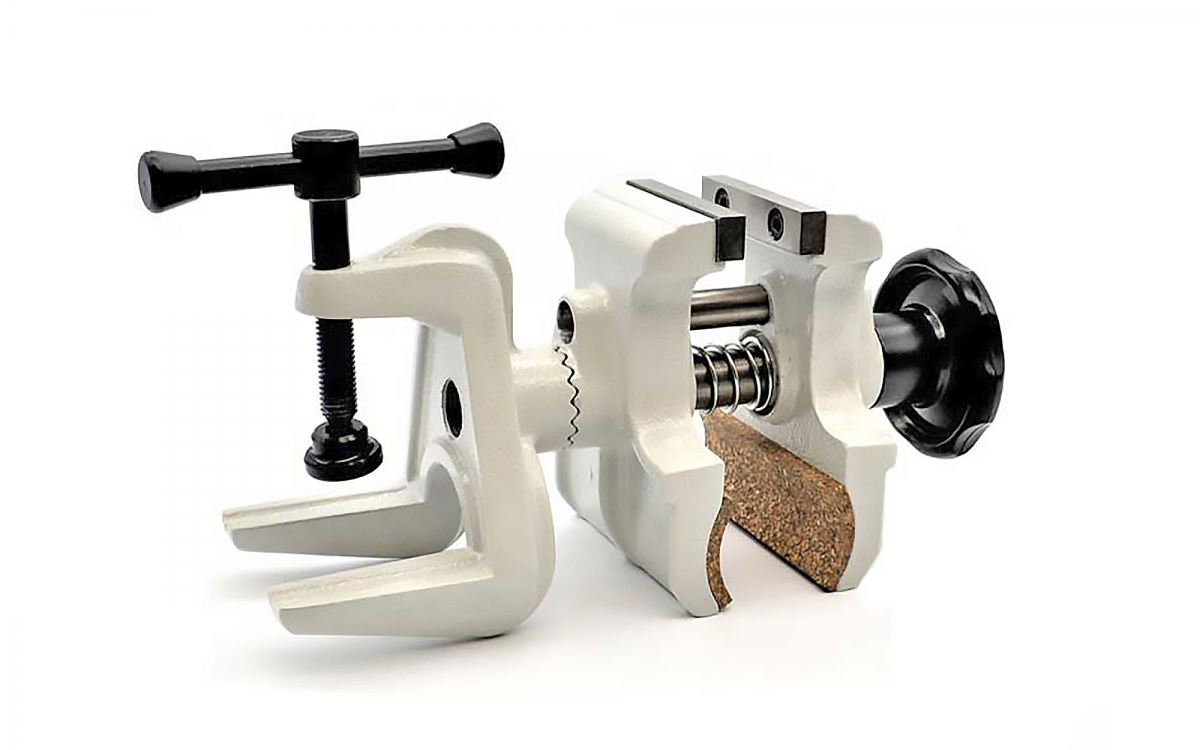 The Bisley gunsmithing vise – named after the British town of Bisley, home of the National Shooting Centre and internationally known as synonymous for sport shooting competitions – is a clamping device for individual rifle use that's been around since at least the 1930s, proving itself so successful that the numerous upgrades it underwent as the years went by were chiefly focused on materials, while the design itself remained mostly unchanged.

The Bisley vice as manufactured by Prechtl and distributed by Waffen Ferkinghoff is made out of 65 HRC high quality steel, offering a higher tensile strength, a firm stand and multiple vertical and horizontal adjustment options. From the installation of a simple optical sight or accessory to more significant upgrades such as a barrel change, there is hardly any work that cannot be done with a Bisley vise.

The peculiar design is derived from very practical considerations. The Bisley vise can be mounted on any available, sufficiently tough bench in a matter of seconds. The vise has a double jaw assembly that rotates around a sturdy pivot pin and is firmly held in place by a serrated crown when the jaws are tightened. This allow quick change between the two jaw sets without having to remove the vise from the bench, but also to adjust the angle of the vise to the user's liking.

The first jaw set is a traditional, flat jaw with interchangeable liners. The user can choose to use flat, steel liners, horizontal or vertical V inserts, plastic ones or even manufacture his own.
The second jaw set is concave and lined with cork, and is meant to grab on round parts such as barrels, AR style stock tubes, shotgun magazines and such, without running the risk of marring them or warping them due to uneven pressure being exerted by traditional, V shaped jaws. With such versatility and robustness, it's no wonder the Bisley vise design has been around for so long.

The Prechtl Bisley vise is available in through the Ferkinghoff website, at a price of 319.95 euro (well spent) + shipping costs, and is offered in two versions: light grey (RAL7035) and green (RAL6011).