Why the Confederate Flag is not a racist symbol

Perhaps, looking at things from an external point of view provides a more detached and simplistic approach to facts. But I feel weird at writing on what should be such an obvious matter: the historic significance and value of the Confederate Flag for the American History 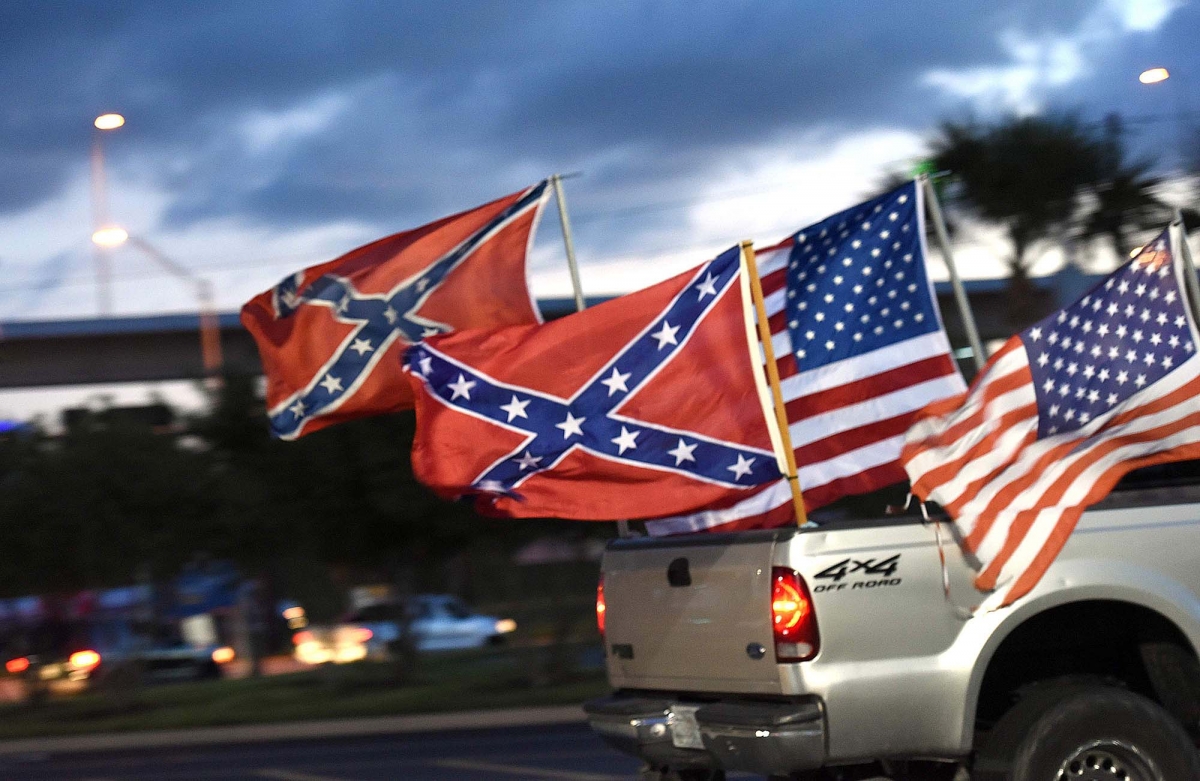 Why the Confederate Flag is not a racist symbol

Forewords from the Director

Why an article about the Confederate Flag on a web portal dealing with firearms and sport shooting?
Apparently nothing, in reality a lot.

For many reasons, difficult to sum up here, the editorial team behind GUNSweek.com has a strong, 30+ years long, passionate and deep knowledge about American history and institutions.

So, along with the fact that it is almost impossible to deal with the firearms and sport shooting world without knowing what goes on in the US day by day, we at GUNSweek.com have a personal interest and pleasure in trying to "normalize" something that, periodically, create severe tensions around a matter - the historic significance of the Southern Cross flag - that should be considered with more respect towards the role it had in building the modern United States cultural heritage, with its diversities, and therefore, richness.

The American Civil War belongs to the personal knowledge of every gun media professional expert about the history of the American gun industry evolution in the nineteenth century.

And this is the reason for we want to provide our point of view in defense of the Confederate Flag, exactly as we would do for the US Flag, trying to protect cultural values, against dangerous populisms.

Two Flags, one history, one Nation

Before going on, least someone brands this as an apologist attempt, let me say that I’m a staunch, passionate liberal, who abhors any form of racism or other arbitrary prevarication of the individual.

This said, the first thing we should note is that what is now considered the “confederate flag”, object of much controversy, is not the true confederate flag, which existed in several forms during the short life of the confederation. It was, more exactly, the Confederate Navy jack.

I won’t delve deeper in the various flag designs as the purpose of this article is not a history of confederate flags.

One of the many Confederate monuments existing in the United States

But - I can hear many cry out - the American Civil War was a fight between the anti-slavery North and the slavers of South. Everyone knows that. Everyone, but anybody who has cracked a history book and tried to understand what’s actually written there knows that there’s a lot more to it than that.

The causes of the American Civil War have been long debated and much controversy exists even today, but there are a few things that are quite solid, and upon which almost everyone agrees.

Yes, slavery was involved, and there’s a close correlation with the Civil War, but while it was certainly the most advocated reason, it was not the “main cause” which lies, as it happened for so many wars, in matters of economy and political control.

After all, slavery was not abolished than after over 18 months it was declared illegal in the northern states, and American history since then up to the late ‘60 does not exactly shine in terms of rights of African Americans. I mention this not to point fingers, but merely as historical proof that the issue of slavery was surely a moral issue, but moral matters were just the tip of the proverbial iceberg: they may be the more visible part, but surely not the main one, nor the most relevant to the whole story.

The abolitionist cause came from the northern states, mainly industrialized, while the southern states, with a largely agricultural economy heavily based on cotton, which required huge amounts of man labor, viewed abolitionism as leading to their economic and social collapse.

Young Americans supporting the cultural meaning of "both" flags

Most modern historians discard sectionalism (the difference between northern and southern states in terms of economy and social structure) as a critical factor, as they observe that both economies were linked and complementary, and slavery abolition would not have not caused severe damage, but what there’s little doubt about is the fact that, back then, southern states landowners and politicians perceived abolition of slavery as the nemesis of southern economy and social structure.

They believed that, if that would come to pass, everything they had would be forfeited, and southern states control would in the end pass in the hands of northern industrial tycoons and northern politicians.

Obviously not a reason to condone slavery, it’s just an evaluation of the motives that moved them.

The controversy about federal control on new territories compounded with this to make this feeling stronger and, at least in the eyes of those who feared it, well founded.

New territories were being included in each state borders every day, and northern Mexico and California inclusion sparked a harsh debate on the subject: while southern landowners sought to expand their influence in these new territories, the interests of northern industrialists moved them to stem southern influence.

In the words of Arthur Bestor, both side recognized that "the power to decide the question of slavery for the territories was the power to determine the future of slavery itself." and therefore, in the eyes of southerners, the fate of the economy and autonomy of the southern states themselves.

Hundreds of thousands of people has died fighting under the Confederate States flag. This is a National history and heritage matter

To this, we must add a deep feeling of resentment against what was perceived as undue interference of the federal authority into the matters of each state, again compounding with other factors to form a deep-set conviction that the northern states’ true goal was subjugating the south. And, from a certain point of view, they were right. In their own eyes, they were struggling for their freedom: this, and not any particular love for slavery “per se” was what moved the southern states to secede.

Trying to reduce all this to a simplistic “bad slavers against good abolitionists” is just dumb, and has nothing to do with historical events that were much more complex.

Forget your history, and you will lose all what you have

Attempts at settling things through compromise failed, a clear evidence that, far more than moral matters, an irremediable contrast of practical interests divided the two sides. Tension heightened, up to those fateful artillery shots fired upon Fort Sumter.

What followed, it’s history. The south was defeated, the economy and social structure of the southern states did get dismantled, finally giving slaves the freedom so yearned for, even if they’d soon discover their troubles were all but at the beginning.

Southern economy got rebuilt by the north, whether as a way to “heal the wounds” so as to make the US united again, to prevent an economic and social unbalance that would have made a true cessation of hostilities impossible or as a way to garner a degree of financial and political control on the southern states, exactly as confederate landowners and politicians had feared, is still subject of debate even if, from a realistic point of view, I believe a combination of these three factors is the most reasonable answer.

What is undeniable is that southern economy never fully recovered and, as of today, former confederate states are among the poorest in the United States, which has left a sour taste in many mouths.

This one yes: a flag that should never be allowed to appear anywhere

These are the basic reasons why, for over a century and a half, the so called “confederate flag” was a symbol of independence, of freedom and a sort of silent comeback, where displaying it meant “vanquished, but not defeated”, and not just in southern United States of America.

Today, dumbass racist xenophobe movements try to appropriate this symbol, under a new narrative of racism, white supremacism and neo-nazism, all in a country that was founded and made great by immigrants and had hundreds of thousands of deads fighting Nazism.

I think we - and I mean everyone who believes in freedom and equality - should not let them do this, and should not let political correctness based on a “slavers vs abolitionist” simplistic vision help them in doing so. There’s much, much more to the confederate flag, then and today as well, than the narrowminded, mean views of a bunch of far-right extremists.

Two Flags, one history, one Nation

Respect and protect your historic and cultural heritage