There's a first time for everything: the Synthetic All Weather Mountain Rifle in .300 Winchester Magnum is Westley Richards's first ever rifle to feature a polymer stock – a tribute to the late managing director Simon Clode and his idea of the perfect mountain rifle 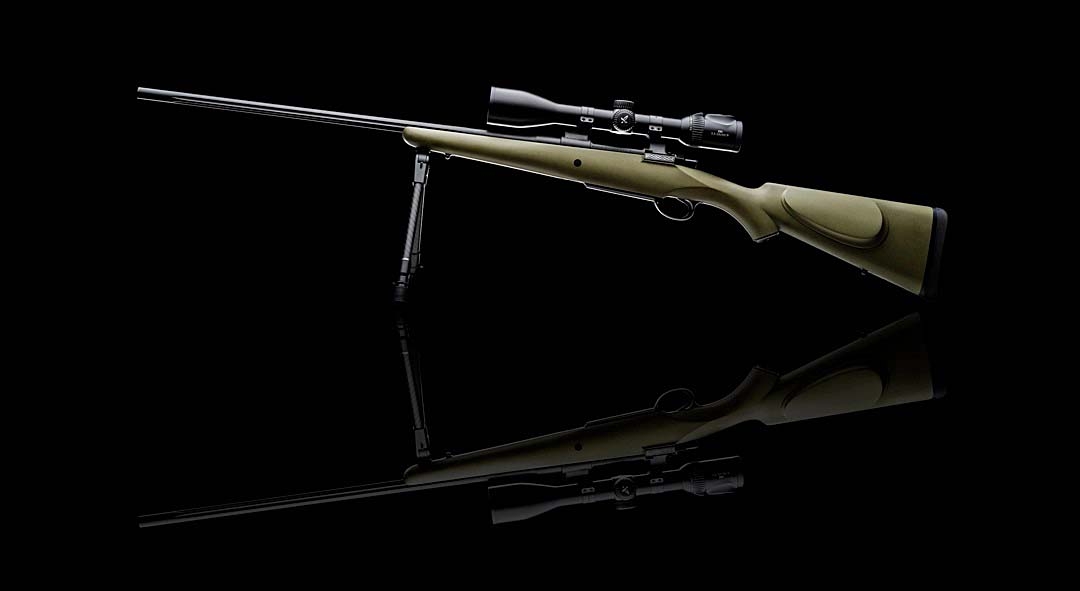 The "Synthetic All Weather Mountain Rifle" is Westley Richards' first ever rifle to feature a polymer stock; envisioned by the late Simon Clode, it retains all the elegance, form and function of a Westley Richards creation while offering the rugged reliability of synthetic materials

The Westley Richards & Co. company – world-famous Birmingham gunmakers, best known for their bespoke high-grade hunting rifles and shotguns – is not an establishment that would normally be juxtaposed with the idea of modern-style creations such as ultra-lightweight mountain rifles built around an injection-molded polymer stock.

And yet, that's what the Westley Richards Synthetic All Weather Rifle is all about: the English company's first ever synthetic stocked rifle is the brainchild of Simon Dominic Clode, who sadly passed away in 2016 after a long battle with cancer. In his tenure as the managing director of the company, Simon Clode is largely credited as the man who built the 200-years old Westley Richards into the established luxury guns icon that it is today.

Before you ask: no, even if you're wealthy enough to afford a Westley Richards rifle, you can't buy the Synthetic All Weather Mountain Rifle. As of today, this remains a one-off prototype, built by Westley Richards to honor the memory, life, and pioneering attitude of a man who dedicated his life to the company, to hunting, and to "the pursuit of the best gun".

One year before his death, Simon Clode had envisioned his idea of the "perfect mountain rifle": a fine bolt-action gun that would blend the typical elegance of Westley Richards' bespoke creations with the sturdy reliability that only modern manufacturing techniques and materials can provide, particularly when it comes to Argali hunting – by far the largest wild sheep in the world, native of the Altai mountains of central Asia. A strong, stubborn, heavy-horned animal, worthy of the posthumous incarnation of Simon Clode's dream.

Simon Clode's idea was, literally, that of a rifle that could be "left on top of a mountain" if need be, to be recovered later in the same pristine working and aesthetic conditions as it was when its owner had to leave it behind.

The Synthetic All Weather Rifle comes chambered in .300 Winchester Magnum – a heavy caliber, yet paramount for the typical prey size and engagement distances of mountain hunting, especially Altai Argali and wild sheep hunting at large! – and is built around a green polymer stock with a sturdy aluminum bedding system.

It took years of refinement to perfect the design of the synthetic stock, so that it would perfectly blend the rugged reliability of polymer with the look and feel of a bespoke stock design: the work of master stock makers at Westley Richards was instrumental for the success of such a mastodontic endeavour, as they created the walnut model from which the injection mold for the polymer stock would later be crafted. All by hand.

The green color of the stock provides a stark yet elegant contrast with the blue color of the smaller components of the rifle – chiefly the trigger, extractor, and screws – and the satin black Cerakote finish of the steel receiver and cut-rifled steel barrel hosted in a fluted carbon fiber housing.

Other features of this fine rifle include a hand-checkered bolt cocking handle knob; the name of the manufacturer engraved on the frame and the Westley Richards logo likewise engraved on the magazine floorplate; and, as a must-have concession to practicality, a set of front and rear sling swivel studs on the stock – with the front one also dubbing as an attachment point for a bipod. A rubberized, recoil-absorbing buttpad and a set of rubberized stock spacers are provided by S.W. Silver & Co.

When equipped with a riflescope – a Swarovski Z8i 3,5-28x50P in the specific case of the sample portrayed in the pictures you see on this page – the Westley Richards Synthetic All Weather Mountain Rifle doesn't exceed 3,3 kilograms (7 lbs 4 oz) in overall weight.

In-keeping with the practical nature of the rifle, it is fitted into a foam-lined airline case, with space for bolt, strap, ammunition and Spartan carbon fiber bipod. The strap itself is rubber; another practical measure, as when moving a rifle while constrained by an awkward perch on the side of a rock, or voluminous clothing, a degree of flexibility in the sling helps avoid snags and tangles.

The Synthetic All Weather Mountain Rifle is shining example of how even a traditional company can innovate without sacrificing quality or elegance. Aesthetic canons may evolve, and so may (and will) do manufacturing materials and technologies, but said evolution doesn't necessarily need to clash with the classic canons of beauty. And Westley Richards understands this.