Bushmaster Firearms announces the return of their signature AR-15 variant in .450 Bushmaster – a straight-wall cartridge based on Jeff Cooper's "Thumper" concept for big game hunting 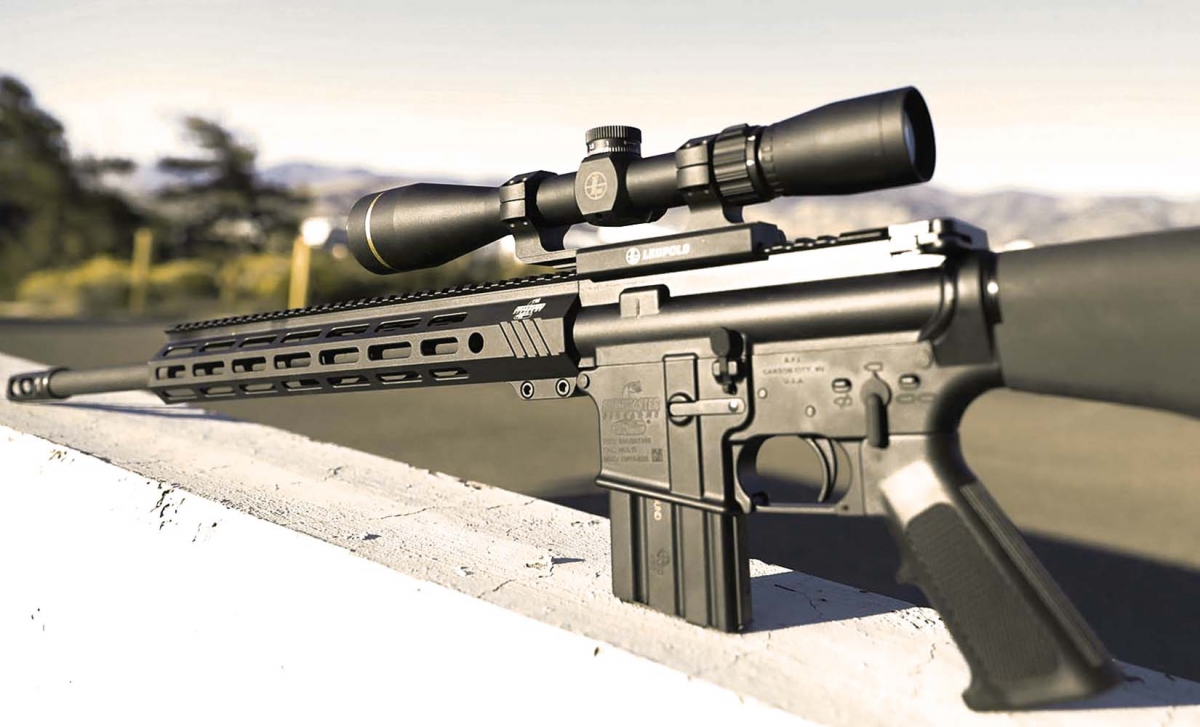 The new 450 Bushmaster semi-automatic rifle (yep, that's the name!), recently announced by Bushmaster Firearms, marks the return of the highly successful .450 caliber platform to the Bushmaster product line for the first time since the company was re-established in Nevada following the break-up of their former parent Remington Outdoor Company.

First launched in 2009, .450 Bushmaster is a straight-wall cartridge based on the .284 Winchester as its parent case and descending from Jeff Cooper's own "Thumper" concept – a large bore (.44 cal or greater) cartridge to be used in semi-automatic rifles and provide increased stopping power and one-shot kills on big game (approx. 228 meters). As such, it is generally loaded with 250 or 260 gr .452" bullets, offering a level of performance pretty close to that of the venerable .45-70 Government.

The .450 Bushmaster caliber was, more specifically, conceived to be used on variants of the AR-15 rifle design using caliber-specific, single-stack magazines and upper receiver assemblies. The caliber caught a good level of attention and enjoyed significant success on the north American hunting and shooting market, immediately upon launch and in the following years, and many other manufacturers of semi-automatic and bolt-action centerfire rifles and carbines lined up to offer their own model chambered in .450.

The new Bushmaster .450 is a hunting-oriented, direct gas impingment system semi-automatic rifle featuring a cold-hammer forged, 20" long barrel with a 1:24" rifling pitch and Bushmaster's own Snake Charmer muzzle brake, installed on a 11/16x24 thread at the muzzle.

As .450 Bushmaster deals with a much higher and harder recoil to control if compared to .223 Remington, the new 450 Bushmaster rifle does without the collapsing stock that's basically standard with the vast majority of sport shooting and tactical-oriented AR-15 derivatives, opting instead for a classic A2 fixed stock. This makes the 450 Bushmaster reach a total of 101,2 centimeters (40") in overall length, weighing in at 3,2 kilograms (7.06 lbs) without magazine.

A full-length top Picatinny rail also allows the installation of the shooter's choice of flip-up or fixed sights, optics, electro-optical devices, and much more. Each 450 Bushmaster rifle comes issued with a 5-rounds single stack aluminum magazine; all outer metal surfaces of the rifle are hard-coat anodized in black following MIL-STD Type III specifications for resistance to extreme conditions.