Blank, Signal and Alarm guns represent an important business line for the KIMAR company, one of the brands belonging to the Chiappa Firearms group. Let's take a look at their product line and see why the Italian company is a world-class leader in this field 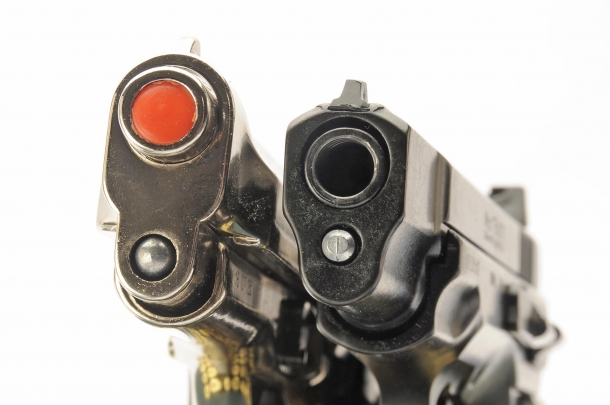 Blank guns, alarm guns, signal guns. All those words identify a category of instruments that reproduce the look and feel of a firearm, albeit being chambered to fire either signal rounds or blank rounds that only produce noise and flash without actually firing any object from the muzzle.

In many European Countries, the only blank guns that can be freely purchased and owned without licensing and registration are the so-called top-firing blank guns, whose barrel is totally obstructed and features one or two top venting holes to disperse the flash caused by the detonation of the blank cartridges.

Other provisions, and restrictions, are adopted in some Countries for front-firing blank guns, whose partially-unobstructed barrel allows the use of adapters to launch items such as less-lethal self-defense rubber bullets or 15mm signal flares. 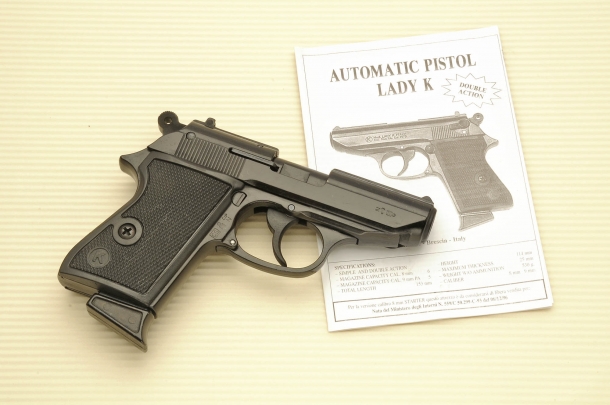 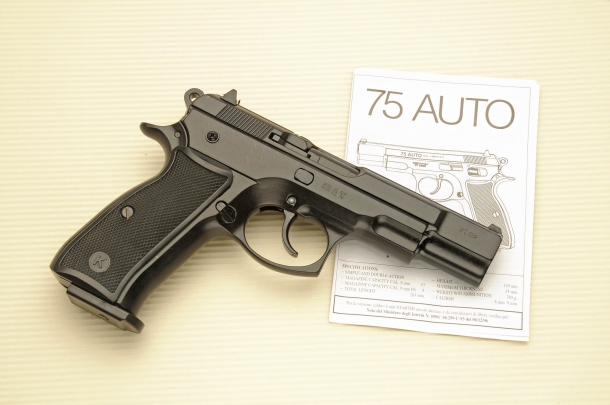 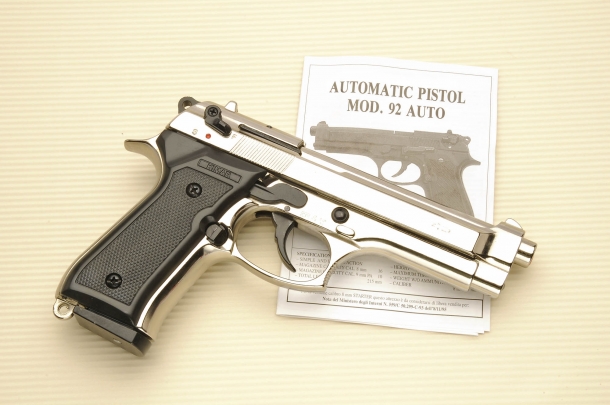 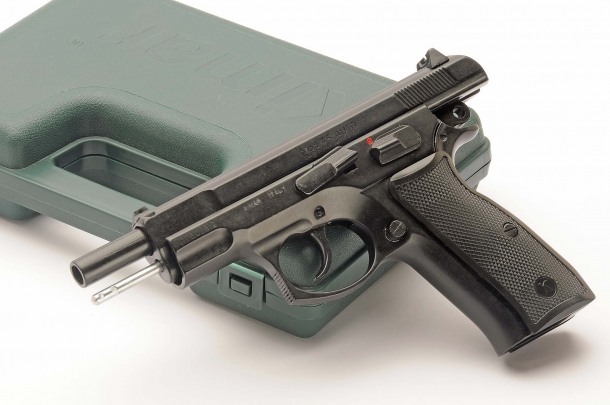 What is lost to most is that the signal, blank and alarm guns market is largely monopolized by two European manufacturers: the German UMAREX company and the Italian Armi Chiappa group.

Outside of private sales, KIMAR's blank and alarm guns are used by countless armorers all around the world – but chiefly in Europe – for renting to movie and TV show productions; they're basically monopolists on the Italian movie and TV industry, and well regarded elsewhere. 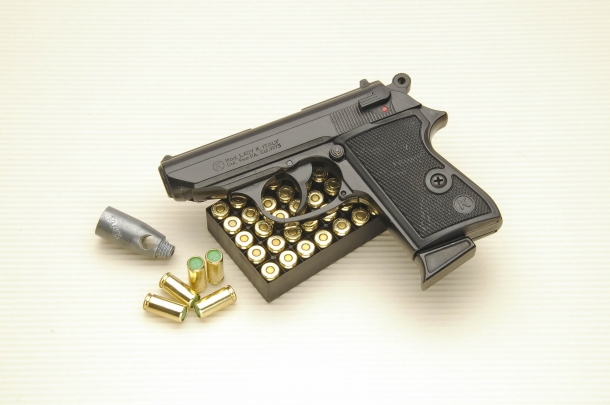 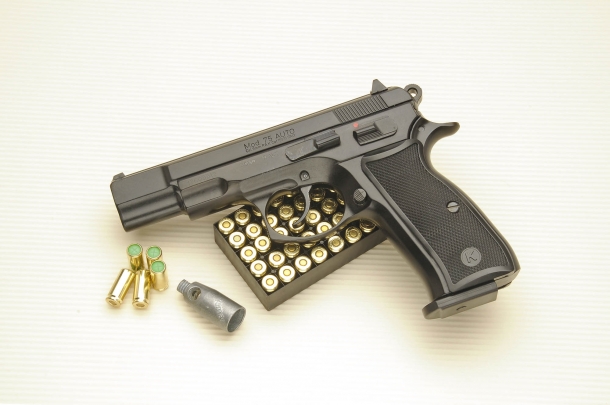 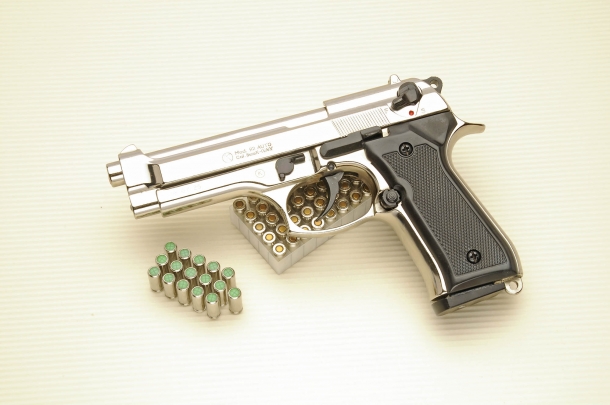 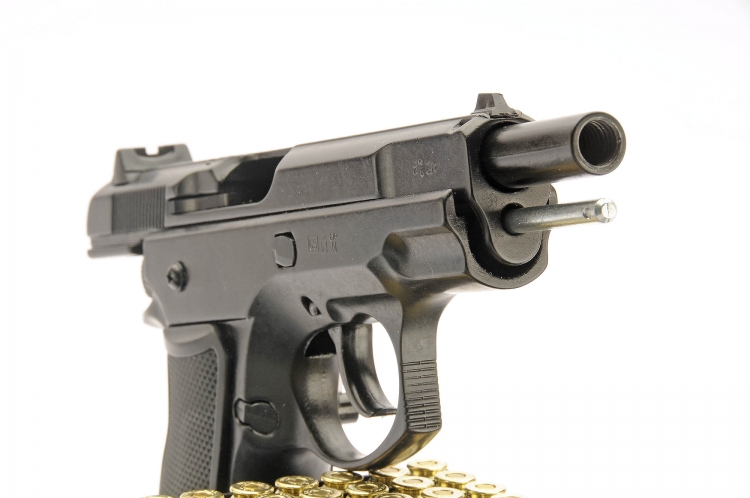 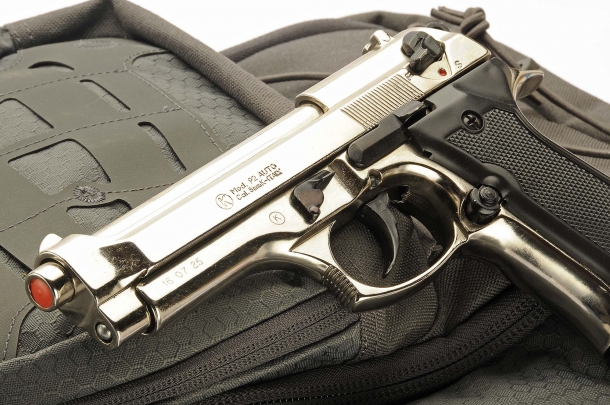 Despite the growing competition by Turkish manufacturers – with Turkey currently being the biggest producer of blank and alarm guns in the world – the Chiappa Firearm blank guns sold under the KIMAR S.r.l. brand manage to stay at the top due to their excellent price-to-quality ratio.

All of Chiappa's blank and alarm pistols are manufactured entirely in-house, with little to no resort to third-party contractors. Those are authentic, 100% Made in Italy products whose purchase contributes to create and maintain jobs in Italy and Europe.

Chiappa's blank guns are entirely manufactured by injection out of Zinc-Aluminum-Magnesium-Copper alloy (ZAMAK). ZAMAK is king in the field of blank and alarm guns; if used in the right quantity and quality, ZAMAK plays a key role in preventing blank and alarm guns from being effectively converted to live ammunition for criminal intents – a common problem in western and eastern Europe as well as in the Middle East. 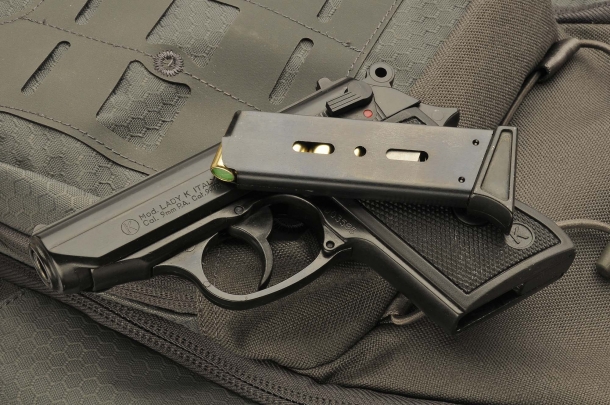 The models are realistic, including removable magazines 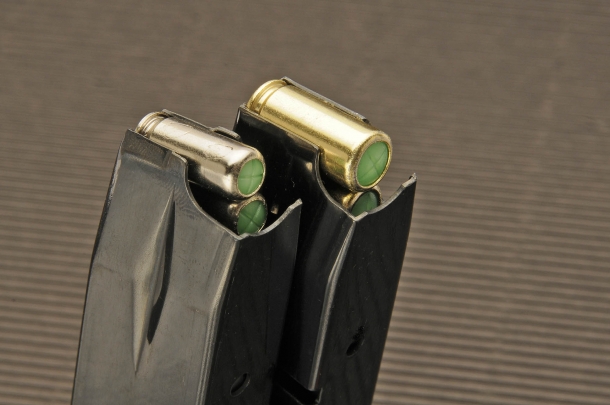 An 8mm NIk and a 9mm PAK caliber magazine 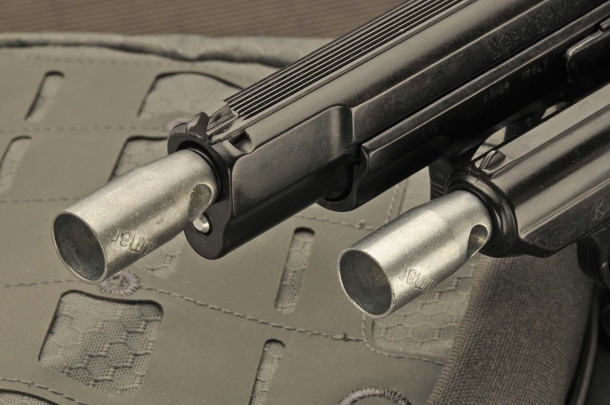 Signal pistols have threaded muzzles, with adaptors for pyrotechnic ammunition 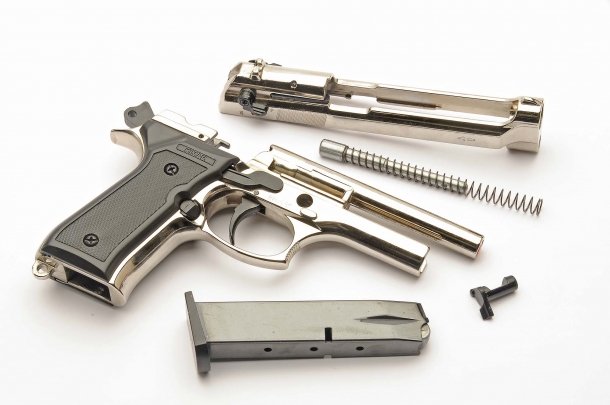 Even if totally realistis, these pistols cannot be modified to accept and use real/live ammunition

A blank or alarm gun manufactured out of ZAMAK, if converted to fire live ammunition, is likely to crack and blow in the hands of the shooters sooner than later, making it effectively more dangerous for the user than for his or her intended target. This makes their criminal viability much less likely.

It has to be remarked how Armi Chiappa representatives went long ways to explain this aspect to the European Union bureaucrats in the past two years – which makes the Chiappa Firearms group one of the very few European gunmakers that directly and non-shyly went to Brussels to protect their own interests and the interests of European shooters against the so-called EU Gun Ban.

As a matter of fact, the company was threatened under multiple points of view by the (later vastly neutered) official Commission proposal, as the Chiappa Firearms group also manufactures several modern sporting firearms which the European Commission sought to ban completely.

Other manufacturers of blank and alarm guns, particularly Turkish manufacturers, don't provide the same guarantee that their products will be harder to convert to live ammunition for criminal intents: as a matter of fact, converted Turkish blank and alarm guns are often traced on the black market in Europe. The same can't be said about Chiappa's blank guns... 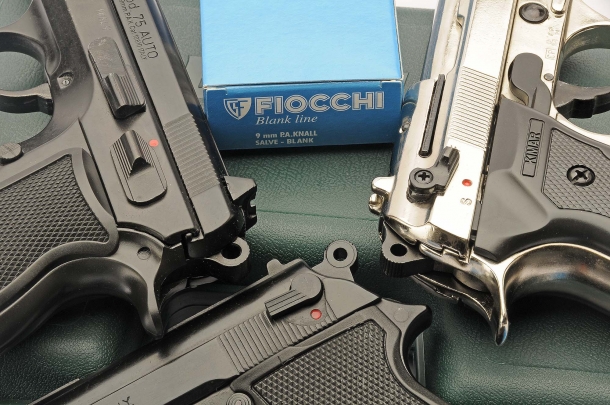 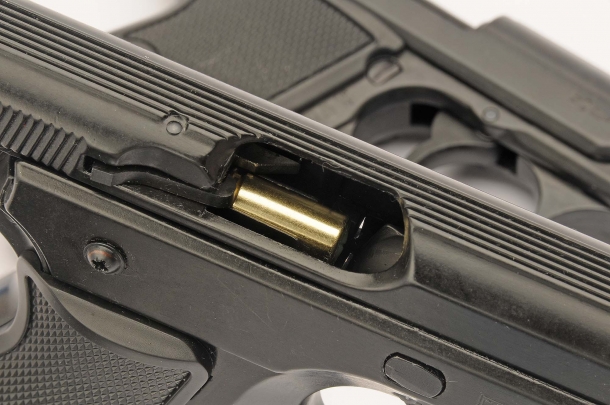 These pistols shoot and eject empty cases like real firearms 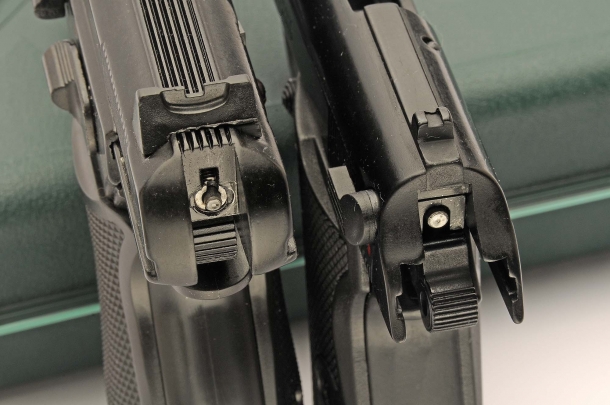 Detail of the strikers 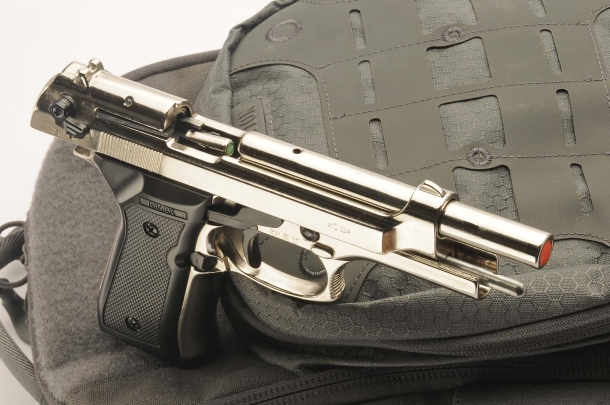 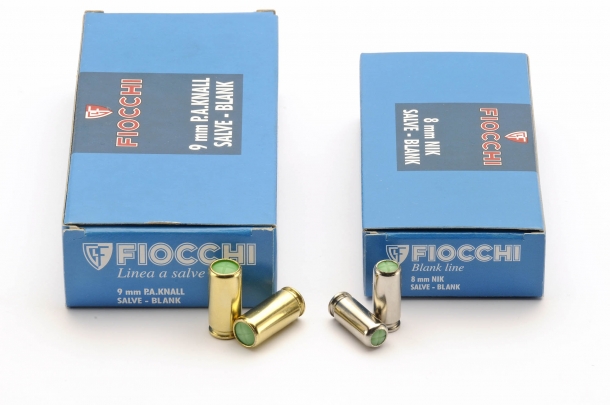 Chiappa Firearms' blank and alarm pistols are available in several industry-standard blank calibers that are easily found on the market: while the semi-automatic pistols are either chambered for the classic 8mm P.A.K. round or for the 22mm-cased 9mm P.A.K. caliber, blank revolvers are available in rimmed calibers such as .380 Rimmed Blank or 6mm Flobert K, also known as .22 Blank. Some of the KIMAR blank and alarm revolvers will also work with Type 209 shotshell primers – some through the use of reusable plastic adapters, some by direct feeding.

Blank, signal and alarm guns require no less caution in their selection than a real firearm. We are still talking about objects that can cause serious injuries if misused or in case of a malfunction – and, in an emergency situation, objects on which somebody's life may depend on. And at Chiappa Firearms they care a lot about safety.

Ever since the first launch in the early 1990s, the KIMAR line of blank, signal and alarm guns has grown to count today up to thirteen models, all patterned after popular real-life service and defensive revolvers and semi-automatic pistols.

Being faithful reproductions rather than generic designs, the blank and alarm guns manufactured by the Chiappa Firearms group quickly gained popularity among movie and TV shows armorers, particularly to be used as stand-ins in high-budget productions or as a replacement for higher-end movie guns in lower-budget productions. 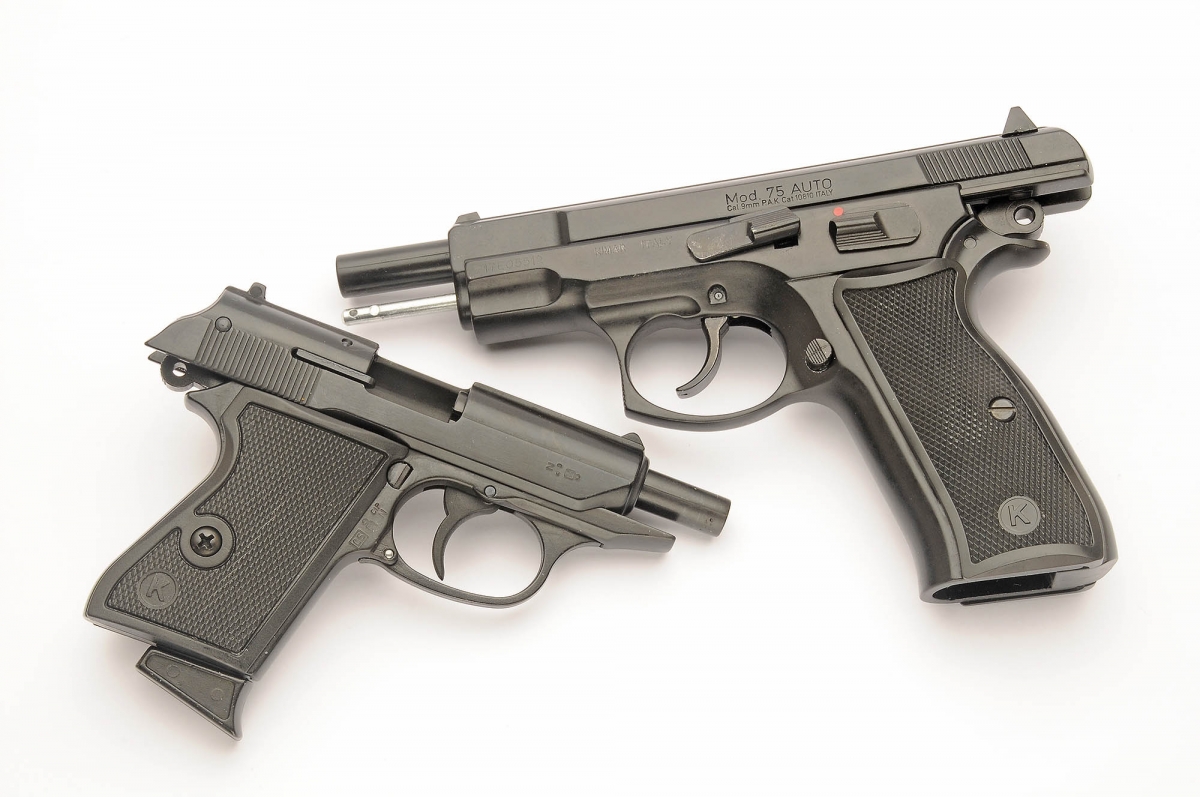 Blank guns for personal defense? Are you sure? 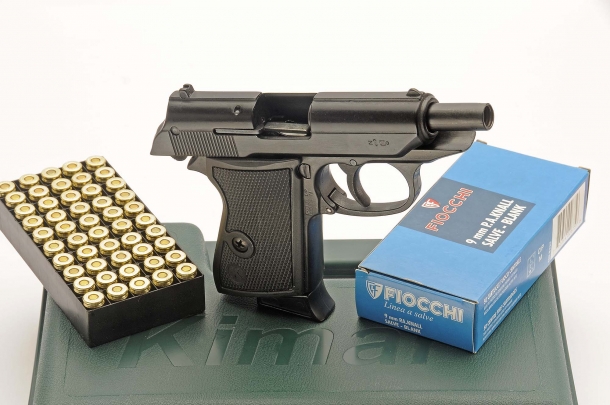 Even if quite realistic, we do not have to forget that these are blank firing pistols!

When confronted with the problem of regulations in gun sales and ownership, it’s common to see people bringing up the subject of blank firing gun replicas, also called “blank guns”, as they are usually far more loosely regulated than the real ones, or not regulated at all. The idea is to use them to create the look and sound of a gunshot to scare away an attacker.

Blank guns come in two basic variants: Front Firing and Top Firing, depending upon the direction where the gases are vented. Front firing guns are obviously more realistic, but top firing could also render a good impression of a gunshot.

And, well, that’s actually the problem, they indeed do: a blank firing gun will surely scare any aggressor.

The problem is: what will the aggressor do once you have scared him?

An inexperienced aggressor, one who just thought you were an easy mark, may be scared into flight.

But scaring someone carrying a real gun is never a smart move, as it will almost surely make him shoot back, because convinced that YOU are using a real gun. Not a smart move, particularly because we are actually unarmed and just bluffing, and we most definitely don’t want an armed opponent coming to call our bluff.

There’s an old saying about carrying a knife to a shooting, that means, never tackle a problem with inadequate tools: well, risking a shooting having in hand only a fake gun, is not the best situation.