This week at IWA 2016, the German distributor Waffen Ferkinghoff will showcase together with their US-Partner Kahr Arms, in a new booth in Hall 1-438. In the same booth, Ferkinghoff will also host two other big brand like Kimber and Meprolight, receiving national and international dealers. 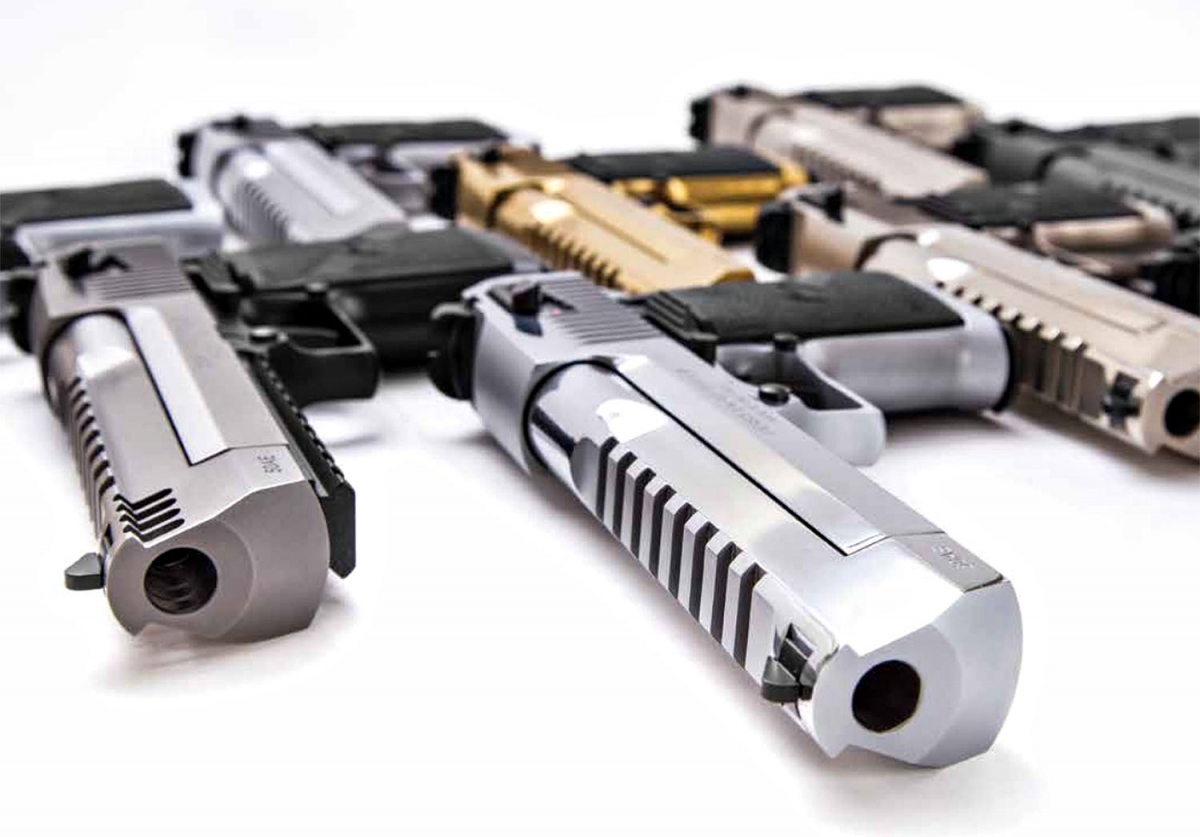 Waffen Ferkinghoff emerged from a small retail store and has grown into a nationally and internationally successful wholesale and retail business for sports, hunting and security equipment.

Within the last 25 years Waffen Ferkinghoff has become well established as a steady player in a changing market. Representing a wide range of renowned US, Italian and German brands, Ferkinghoff supplies its national and international specialized retail partners with interesting and best-selling products.

Since several years the KAHR Firearms Group presents their products at IWA together with Waffen Ferkinghoff, its general importer for Europe, shipping firearms more or less worldwide. The portfolio includes all Kahr Premium custom guns, but also Magnum Research products like the Desert Eagle Pistols, the BFR revolver, the Magnum Light self-loading rifles and the Auto Ordnance range including all accessories and weapon parts.

Kahr Firearms Group company is showcasing several new incarnations of the Company's own legendary Desert Eagle pistol, now long being 100% manufactured in the United States after having been made under license in Israel for a long time. The novelties include the Magnum Research new Desert Eagle Lightweight models L5 and L6, the new Desert Eagles in All Stainless Steel, but also a new Cerakote Tungsten finish. Then, last but not least, a new Walnut Stock for the Magnum Research .22 Semi-Auto Rifles.

Another brand showcasing at the Waffen Ferkinghoff booth is Kimber, one of the best known manufacturers of 1911-type semi-automatic pistols and market leader in classic hunting rifles in the US.

Along with that, the new Kimber Custom II (Two-Tone) will simply remark what is already clear to many of us: the Kimber quality. And more or less same story for the Kimber Super Match II pistol, evolution of an evergreen in the company offering.

But if pistols usually attract the most of the attention when it comes to talk about the Kimber brand, attention as well should be dedicated to Kimber rifles, like the classic designed Kimber 84M Hunter rifle and the Kimber Mountain Ascent rifle, this second one a rougher tool for hardcore hunters.

From guns to optics, Meprolight will make its premiere during IWA, hosted inside the Ferkinghoff booth. The manufacturer Meprolight is back with its famous optics on the European market after a long time: in particular, Waffen Ferkinghoff will showcase the Mepro M5, the Mepro X4 and several other sights.

Timney Triggers as well is among the brands represented by Waffen Ferkinghoff, with its brand new series of two-stage triggers.

Established in 1946, after 70 years of making best-in-class single stage triggers, Timney announces its series of two-stage triggers, like the new AR Targa 2-Stage and the 2-Stage Straight trigger engineered for Remington Model 700 rifles. No gunsmithing, fitting, or adjusting required.

Back to optics and to remarkable brands distributed by Waffen Ferkinghoff, the new Trijicon MRO - Miniature Rifle Optic Red-Dot will be among those you will see at IWA 2016 Ferkinghoff booth. Light and rugged, from combat scenarios to law enforcement, competition shooting or hunting, the Trijicon MRO mounts easily, zeros quickly and adapts to almost any shooting scenario.

Along with it, the Trijicon VCOG 1-6x24mm Riflescope combines instead the toughness and function of a combat-proven ACOG and associated ballistic reticles with a new variable optic meeting the rigorous demands of duty or competition.

But the Waffen Ferkinghoff reliability is growing, and with it the number of distributed brands.

Like holsters from the US based Phalanx Defense Systems, with Full Size or Compact versions fitting most of the Glock, Taurus, Ruger, Smith & Wesson, Springfield Armory, H&K, Beretta and Sig Sauer models and many more.

This all is just a summary of 120m² conversation piece which is to find on the new booth in hall 1-438 with a lot of exciting impressions and interesting products for the own portfolio of the retailers. “Our range of product supplies an extraordinary and lucrative expansion for the product portfolio of the dealers who will benefit in each case by visiting our booth”, says CEO Achim Ferkinghoff. The Team of Waffen Ferkinghoff is looking forward to all the interesting visitors and personal conversations.