In Summer 2021 CZ - Česká Zbrojovka Uherský Brod celebrates the 85th anniversary since its foundation:  with the introduction of two high-quality limited editions of the CZ-75 SP-01 Shadow pistol and CZ-577 bolt-action rifle 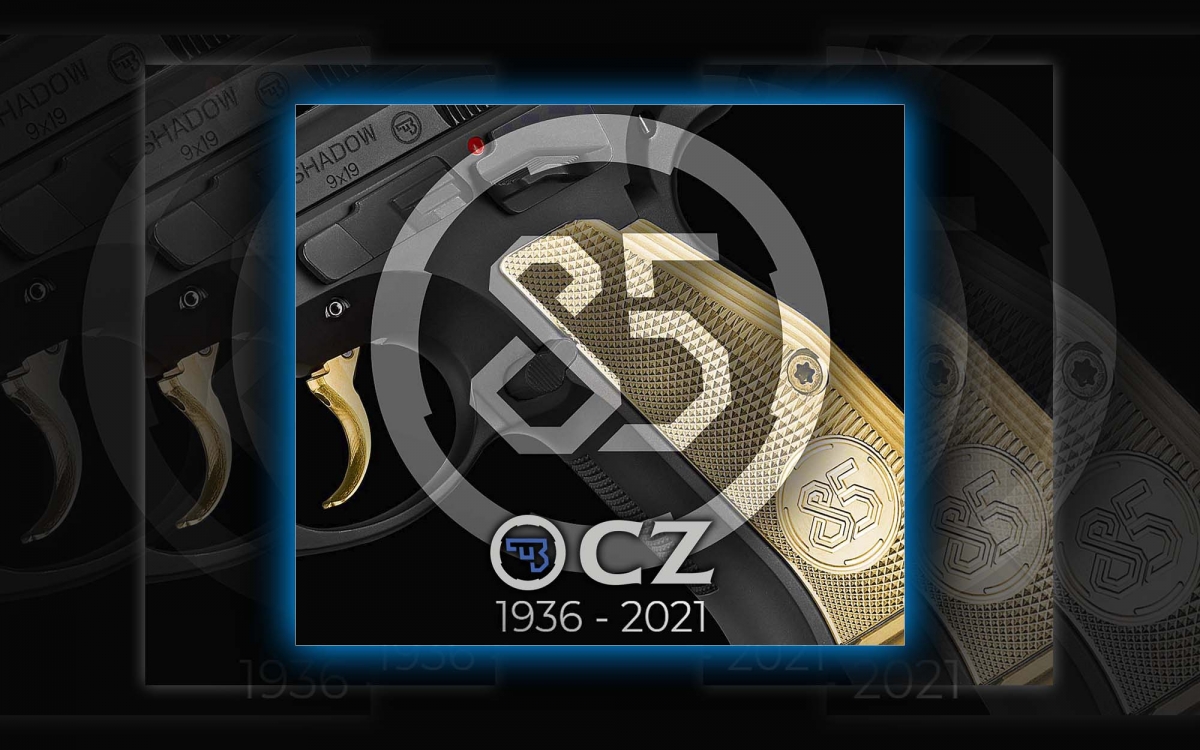 In mid-summer 1936, construction of what would become a major firearms manufacturer started in the Moravian town of Uherský Brod as part of an effort to move a vast portion of the Czechoslovakian military and otherwise strategic manufacturing industry eastward given the worrisome aims of Nazi Germany towards the what they called the Sudetes – the western portion of the Country.

That factory, today, survives as CZ - Česká Zbrojovka Uherský Brod A.S., and is known on the global markets as one of the biggest and most important manufacturers of firearms for hunters, sport shooters, civilian firearms enthusiasts, government entities, law enforcement bodies and military operators.

Such an important anniversary had to be celebrated in a worthy manner – and CZ was up to the challenge, with the launch of two dedicated, limited editions of some of the Company's best known and most highly regarded designs.

The CZ-75 SP-01 Shadow 85th Anniversary Edition 9mm semi-automatic pistol is the special commemorative version of the SP-01 Shadow: first introduced in 2006, the SP-01 Shadow has since firmly established itself as a true dominator in the Production division of IPSC matches and championships worldwide.

The CZ-75 SP-01 Shadow 85th Anniversary Edition pistol features a unique brass grips set emblazoned with CZ's 85 Anniversary logo, and sports a LIMITED EDITION engraving on the left side of the frame and a PVD golden finish on the trigger. Other features, including an ambidextrous frame-mounted extended safety, a fixed front post fiber-optic sight and a fully adjustable rear sight, complete this embodiement of the top sport pedigree and the precision manufacturing that's part of the CZ heritage.

The CZ-577 85th Anniversary Edition bolt-action rifle is a homage to the long CZ tradition in the manufacture of high-quality, high-performance hunting and precision shooting guns.

The CZ-577 85th Anniversary Edition bolt-action rifle is available in .308 Winchester and .30-06 Springfield – both featuring a 5-rounds fixed magazine and a fully adjustable trigger.

Built around a luxury walnut stock, with a prominent cheekpiece and a checkered grip and handguard, the CZ-577 85th Anniversary Edition bolt-action rifle features a 52 cm / 20" barrel with a M14x1 thread at the muzzle for flash hiders, muzzle brakers, silencers (where legal), or other similar accessories. No iron sights are provided from factory.

A golden PVD finish embelished the push-feed type bolt body, the bolt charging handle knob, the trigger, the elevator and the magazine floorplate. A brass medallion with the CZ 85th anniversary logo is embedded underneath the pistol grip.