HBO had a "surprise" in stock for the reboot of the iconic Looney Tunes series of cartoons: Elmer Fudd and Yosemite Sam are left without their iconic guns! 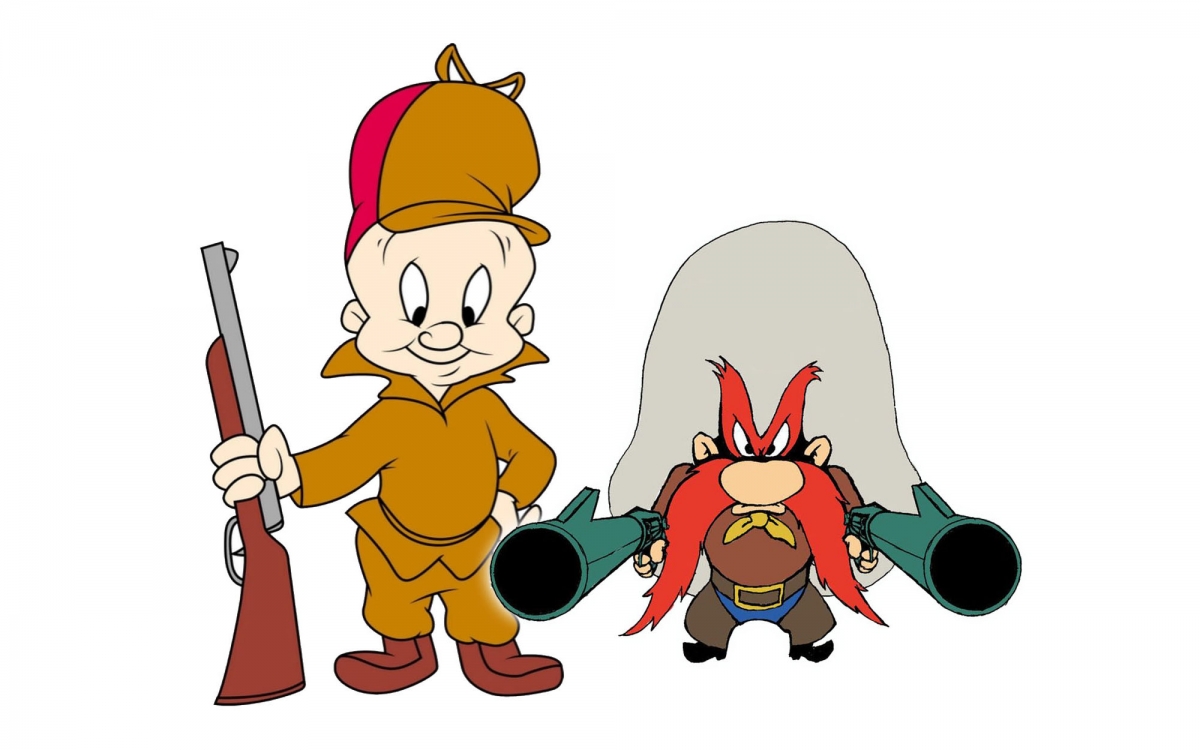 "A farewell to arms": the reboot of the Looney Tunes series see iconic hunter Elmer Fudd and frontiersman stripped of their guns

"The censor forgives the crows and harasses the doves."
Decimus Junius Juvenal

A huge letdown was in stock for nostalgia aficionados who awaited the date of May 27th, 2020, for the debut of the Looney Tunes Cartoons – a modern-day reboot of the iconic Warner Bros.'s cartoon series, beins treamed in the US on HBO Max.

As reported by multiple press sources, including USA Today – one of America's top-selling newspapers – two of the series' most iconic characters, more specifically hunter Elmer Fudd and frontiersman Yosemite Sam, will loose what made them iconic and recognizable to begin with: Elmer Fudd is left without his hunting rifle, and Yosemite Sam will no longer have his revolvers!

Some sources even suggest that the character of Yosemite Sam, so strictly associated with his holstered Wild West-type guns, may not even be featured at all.
« We’re not doing guns,» Peter Browngardt, the series executive producer and showrunner, told the New York Times. « But we can do cartoony violence – TNT, the ACME stuff. All that was kind of grandfathered in.»

As reported by TMZ – one of America's top gossip and entertainment news websites – Elmer Fudd will be stripped of his gun alright, but will keep hunting Bugs Bunny with other means such as dynamite and other cartoonish but lethal tools such as a huge scythe.

All through the production phase, Peter Browngardt had vowed "to keep to the original feel of the cartoons, considered some of the greatest in animated cartoon history". Several sources have already made considerations on the importance of the cultural roots behind the existance itself of characters such as Yosemite Sam and Elmer Fudd, and about them being armed right from the very get go due to those very same specific cultural reasons – which seem to be completely lost to both the new generations of viewers and to the new showrunners. The real elephant in the room to be addressed, however, is of course the hypocritical approach in banning iconic character elements such as firearms while retaining other tools of "cartoon violence" such as explosives, scythes and bladed weapons as sources for shenanigans.

And if the "cancellation" of Elmer Fudd's iconic hunting gun and of Yosemite Sam and his revolvers can be seen as nothing short of a new front in the long-standing culture war against guns, or to be precise, against their legal and legitimate possession and use – through the "denormalization" of said tools of hunting, sport and defense at the eyes of the youngest generations through a demographic-specific product such as a cartoon – it's impossible to ignore how hypocrisy tops hypocrisy as the new politically correct whitewashing of the normality of the use of firearms in modern culture and society comes to us and our children from the very same movie and TV majors that make tons of money by glorifying criminal use of firearms by movie and TV show characters day in and day out.

We're talking about those very same movie majors whose executives and top-billed actors, more often than not, openly side against legal gun owners and in favour of draconian gun control when interviewed by the mainstream media about the matter, and go as far as to pledge and donate generous amounts of money to the anti-gun lobbies to infringe on our rights.

We leave it to you, readers, to evaluate and decide whether or not this hypocritical approach is a symptom of a more vast decline of western culture – joining the rich cesspool of false vegans, fake "Bio" foods sold at thrice their value, total bans of smoking even in one's home, and European Firearms Directives that would restrict modern sporting rifles and muzzleloaders to "fight terrorism and organized crime".

What is certain, and for everyone to see, is that national and international politicians and opinion leaders, worldwide, are indeed waging a culture war to the quintessential economic and social values of the western world.

And it's plain, and sad, to see how this culture war is faced with very little to no opposition – at least in Europe! – from those culturally and economically sane and healty sectors of our society that should instead engage themselves in the preservation of our traditions, whatever the cost.